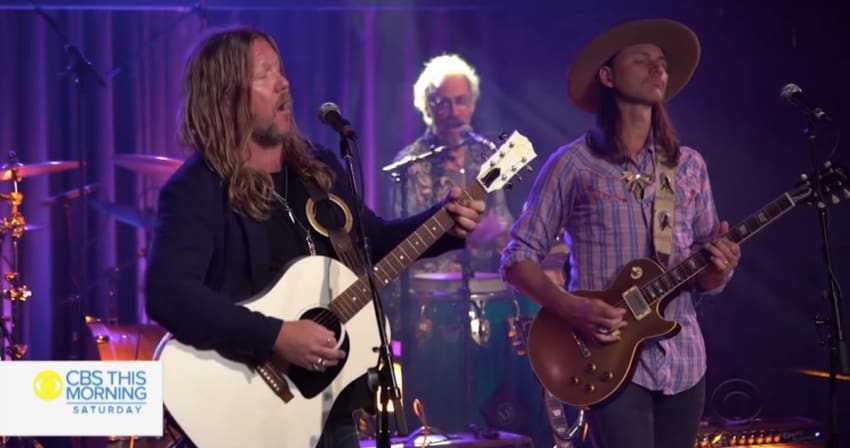 The Allman Betts Band were the featured musical guests on Saturday’s episode of CBS This Morning to promote their forthcoming studio album, Bless Your Heart, which is due out later this summer on August 28th via BMG.

As part of the show’s weekend “Saturday Sessions,” performance series, the band took the stage at the empty Belly Up Tavern in Solana Beach, CA to play two of their new original singles, “Pale Horse Rider” and “Magnolia Road”, along with a cover of the Allman Brothers Band‘s beloved ballad, “Midnight Rider”.

Watch the Saturday Sessions” performances from Saturday’s episode below.