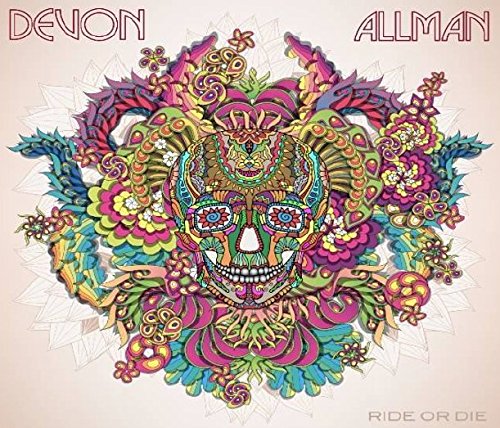 Son of Greg Allman, Devon Allman’s `RIDE OR DIE` is his third solo record for RUF Records. The album contains twelve soulful and powerful tracks that showcase Allman’s maturity as a songwriter, a singer, and his continuous evolution into one of the top guitarist on the scene today. Co- produced along with Grammy winning Tom Hambridge, Allman takes you on a journey through his own intimate back roads and personal highways. It’s an emotional journey that takes you through the mountain highs and valley lows, while sheltered from the storms under melodic choruses, surrounded by verses rich with powerful messages throughout some of the deepest material that he has ever written and recorded. There is no doubt that his family’s musical DNA has graced Devon Allman with that “Allman Soul,” but there is clearly no denying that he puts his personal stamp and his own style, of bending and twisting the blues, into his own Devon Allman brand.

`RIDE OR DIE` defines where the artist is today.

Last year Devon received praise from Guitar Player Magazine as they referred to his last CD `Ragged and Dirty` as `powerful, soulful vocals to
dig-in-and-let-fly guitar work.` Now on `RIDE OR DIE,` it just gets more soulful. It is definitely Allmanâ TMs most powerful recording yet. The new album
shows an artist in full, self assured command.