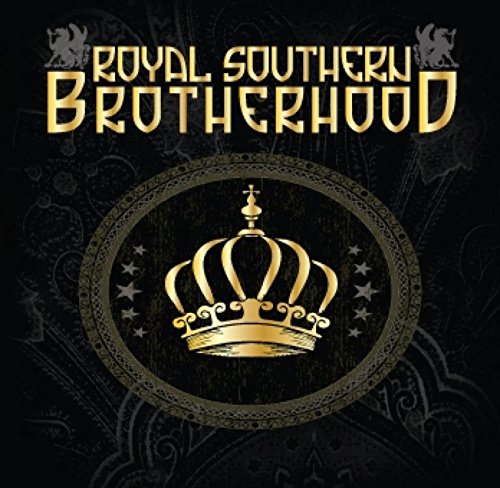 May 8, 2012
Royal Southern Brotherhood
Ruf Records
Number of discs: 1
Buy it on Amazon
Buy it on iTunes

Before they even hit a chord, this supergroup has your attention! Their bloodlines tower above all, as the Allman & Neville Brothers cast a magic spell. They said that rock ‘n’ roll was dead, but they were wrong. Right now, there’s something in the air, as Royal Southern Brotherhood drags their thrilling new brand of blues-rock and white-hot musicianship from the Southern States onto the world stage! In the last seven years, Devon Allman has plotted an old-school ascent, crossing 14 countries on tour and watching as fans and heroes alike fall under his spell. There was a Top 10 hit in Spain with Javier Vargas, albums alongside Jack Bruce, and jam sessions with heavyweights like Les Paul and Billy Gibbons. When Devon takes the stage-either with Honeytribe or during cameos with his father and the Allmans-fans are wowed by a guitarist who can be smooth, savage or seismic, but it’s in Royal Southern Brotherhood that you’ll hear this modern master playing at full-throttle. Not many guitarists could stand toe-to-toe with him. Step up Mike Zito, the blues ace whose ear for melody provides the counterpoint to his wingman’s rocking tendencies. Nominated in 2011 for the Blues Music Foundation’s Best Blues Rock Award, and winner of 2010’s Blues Music Award for Song of the Year, few stars are rising faster. Giving Royal Southern Brotherhood it’s hip-shaking groove are bassist Charlie Wooton and drummer Yonrico Scott, both heavyweight names in their own right, with Charlie’s bass chops celebrated on the Southern jam scene for his sets with the Woods Brothers, and Yonrico hitting the skins for luminaries including the Derek Trucks Band, Gregg Allman, and the Allman Brothers themselves.