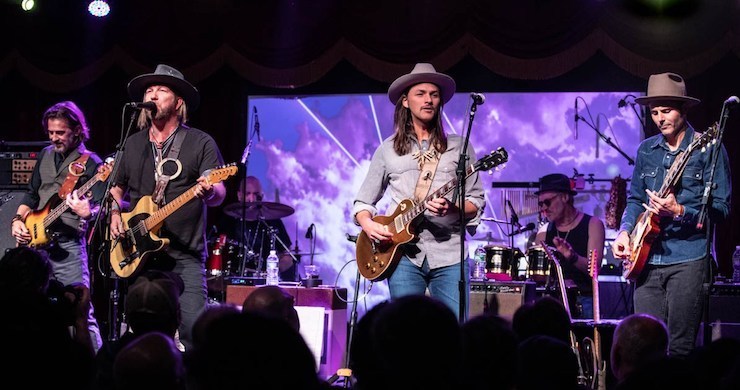 All 13 songs to be featured on Bless Your Heart were recorded at Alabama’s Muscle Shoals Sound Studio, with select tracks to feature guest appearances from Jimmy Hall, Shannon McNally, Art Edmaiston, Susan Marshall, and Reba Russell. The album will also feature Berry Oakley Jr.’s vocal debut on his original song, “The Doctor’s Daughter”.

“I think we definitely challenged ourselves, pushed ourselves artistically, and widened the spectrum on all levels,” Betts said of the sophomore studio project. “We wanted something that was a little more sweeping. A deeper experience.”

The lead single from the album, “Magnolia Road”, is set to arrive on Friday, June 19th.https://b5f5ff8ad23e64567a54eb9d256d5f8c.safeframe.googlesyndication.com/safeframe/1-0-37/html/container.htmlJust earlier this month The Allman Betts Band shared the music video for “Lone Gone”, one of the tracks featured on 2019’s Down To The River. Guitarist Devon Allman has spent the past few months hosting his own couch tour performances as part of his weekly We Are All Still Together Tour livestreams during the ongoing industry-wide hiatus.