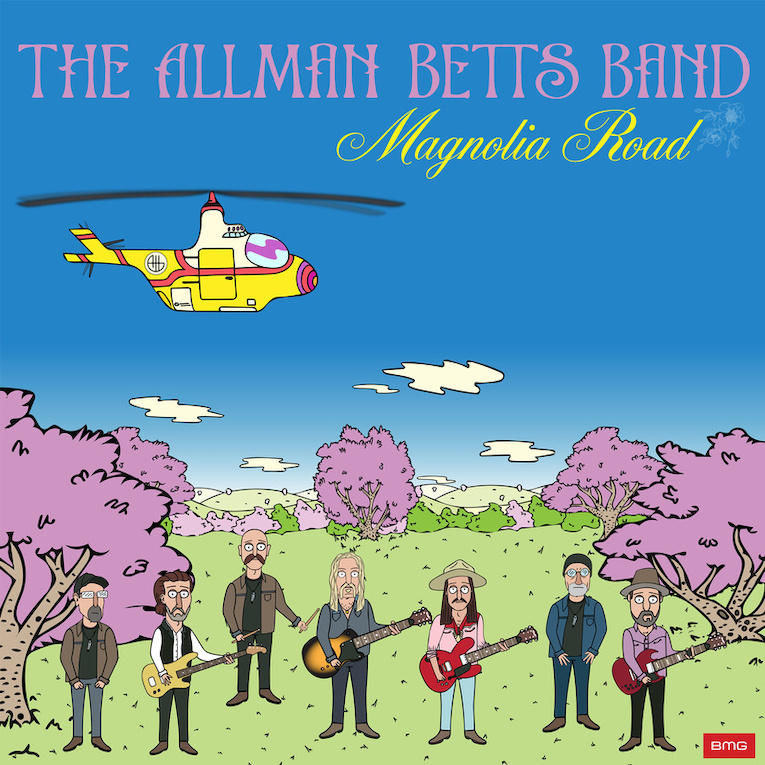 The Allman Betts Band has released their first single, “Magnolia Road” from their upcoming album Bless Your Heart out August 28 via BMG.

Over a week’s time, they recorded 13 songs at the legendary Muscle Shoals Sound Studio on 2-inch tape, just as they did with Down to The River.  In addition to the time in Muscle Shoals, Bless Your Heart saw additional tracking in Memphis and St. Louis. Within the eclectic repertoire are the familiar: stacks of guitars; electric, acoustic, and slide; a throttling, percussive rhythm section. And the fresh:  Bassist and singer Berry Duane Oakley’s ABB vocal debut on his original song (“The Doctor’s Daughter”); Allman’s baritone vocal channeling Johnny Cash (“Much Obliged”); Betts extending the legendary family legacy of incendiary instrumentals (“Savannah’s Dream”).  They tapped friends, as well, such as Jimmy Hall, Shannon McNally, Art Edmaiston, Susan Marshall, and Reba Russell for guest contributions.  Then, emerged with an undeniable achievement of an album (what sophomore jinx?) worthy of its winking, unabashedly Southern title.